Maintain your homeostasis with CBD and stay healthy

CBD can have multiple actions on the human body. Hemp (Cannabis Sativa), from which CBD is derived, is considered to be one of the first plants domesticated by man in the Neolithic period. Cultivated for its fibers, its flowers, or its seeds, it had a place of first plan in the pharmacopoeia during several millennials, with in particular the reputation to support a good health, by participating by various processes in the homeostasis of the body. 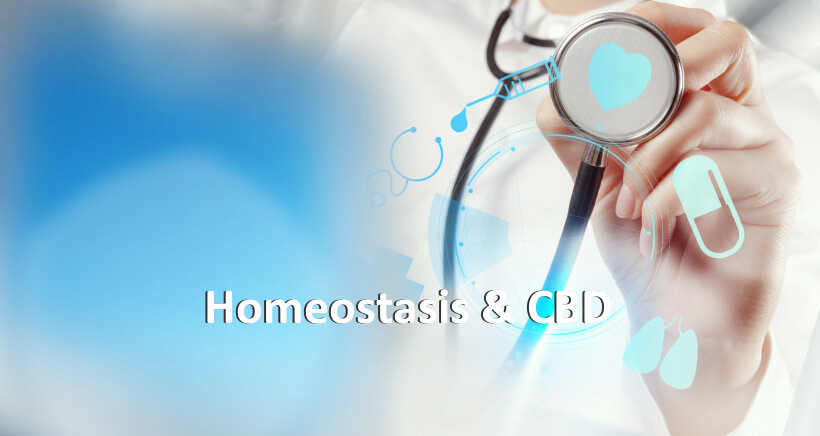 Homeostasis is a process that allows the organism to maintain its internal equilibrium, and therefore good health, while the external environment is constantly changing. In humans and other mammals, a large number of processes are in permanent and joint action to allow the proper functioning of the organism. This task is complex, because the body faces different external variable factors, such as temperature, stress factors, nutrition, etc..

The most obvious example is the temperature outside. When it is very cold, the body will have to fight to maintain its temperature and not fall into hypothermia. Various receptors will signal the brain that it is cold and that it must act. In response, the brain will cause vasoconstriction, an increase in blood pressure, with the effect of reducing heat loss, homeostasis is maintained, the system has played its role.

During a major stress, generating anxiety, for example an exam or a job interview, the body reacts by releasing certain hormones, including adrenaline, which will increase the heart rate and blood pressure, but also the body temperature and alertness levels, in response to the situation.

These examples illustrate how your body's internal parameters can fluctuate in response to external events. 5 million years of evolution have allowed the human body to effectively manage external events to maintain optimal functioning.

The endocannabinoid system (ECS) is a system present in all mammals, discovered in the 1980s. It is the subject of countless research studies, as its function and effects on the organism are crucial. Studies have identified receptors, ligands and enzymes associated with the endocannabinoid system throughout the body, from the nervous system, to the immune and digestive systems, to tissues and many other parts of the body. EDC plays a fundamental role in body physiology, helping other systems to maintain an essential state of balance, homeostasis.

Research findings suggest that the endocannabinoid system is involved in the regulation of inflammation, appetite, pain, anxiety, metabolism, etc.

Its structure is as follows, it has 3 main components :

The endocannabinoid system is therefore a signaling system that plays an important role in regulating the balance of the human body, but also in all vertebrates. It is involved in many functions, such as neuronal development and plasticity, appetite regulation, immune function, metabolism and energy regulation, cognition, pain, memory, sleep, etc.

Thus, its deregulation is associated with physiopathological situations. Since the beginning of the 2000s, Dr. Ethan Russo, a great specialist in the benefits of therapeutic cannabis, has developed the notion of "cannabinoid deficiency". According to him, many diseases could be due to a deficiency of the endocannabinoid system. Studies have shown that in certain diseases, such as cancer, intestinal or heart disease, chronic pain and post-traumatic stress, the ECS is altered. Thus, the external intake of substances such as CBD (cannabidiol), and other cannabinoids from hemp (Cannabis Sativa) will modulate the endocannabinoid system by stimulating it. There are also many theories that cannabinoids can restore balance in the body, correct or improve symptoms, and even slow the progression of disease. It is also important not to over-stimulate the endocannabinoid system by always respecting the recommendations for use of the CBD oil consumed. 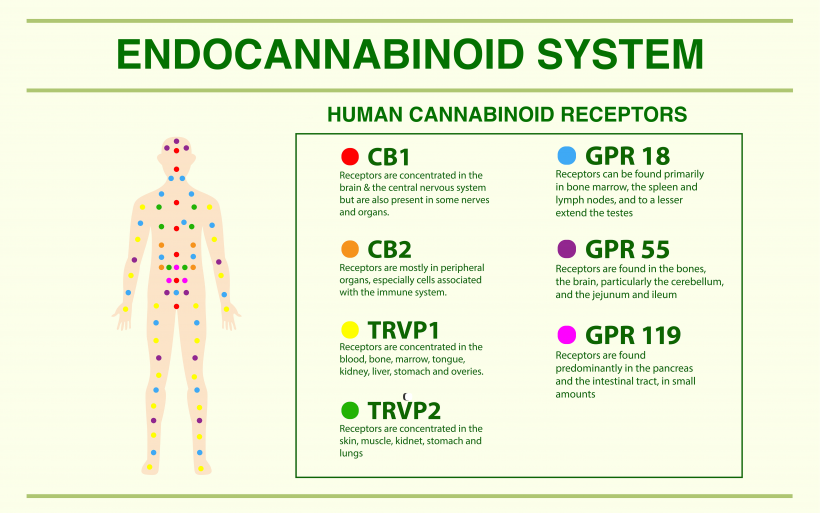 Cannabidiol (CBD) is a substance from the hemp plant (Cannabis Sativa), which is found in abundance in the flowers, not the seeds of the plant. It is the phytocannabinoid (cannabinoid coming from the plant) whose content is the most important in this variety. In the variety Cannabis Indica, it is the THC (psychotropic, and illegal in France), which will be predominant. The CBD oil, is known for its effects on the endocannabinoid system, it acts in particular on stress and anxiety, inflammation, pain and sleep. CBD, unlike THC-rich recreational cannabis, is not addictive and does not produce narcotic effects.

The difference between CBD and THC

For many years, Cannabis has been associated only with THC, a phytocannabinoid with psychotropic effects on the body. It is the Cannabis Indica variety that is used by illegal recreational cannabis distribution networks, and prohibited by law. However, there are more than 146 cannabinoids in the cannabis plant, including THC. The variety used to produce CBD (cannabidiol) or hemp intended for another use, is the Cannabis Sativa, whose THC content is almost null, and obligatorily lower than 0,2 % as indicated by the texts of law. The products sold will always have to contain a quantity of THC lower than this standard, under penalty of being destroyed. The products that we advise you, do not contain THC, for more safety. The CBD oil, and the other products containing it, thus makes it possible to profit from all the interesting properties for the health of the hemp (Cannabis Sativa), without the harmful effects of THC.

CBD-based products have the ability to stimulate the activity of receptors normally sensitive to endocannabinoids (produced by the body itself), they also inhibit the activity of the enzyme FAAH, which is responsible for the decomposition of anandamide. CBD will also bind to TRPV1 receptors which play a major role in the regulation of temperature, pain and inflammation. This union also allows an increase in the secretion of anandamide. Taking CBD oil can therefore promote healthy endocannabinoid activity.

Which CBD product to choose ?

There are many CBD products out there, and it can be difficult to know which one to choose to support your SEC. At Kannabay, we recommend CBD oils, rich in cannabidiol, but also containing other phytocannabinoids like CBG, CBN, etc. The ideal is to choose a broad spectrum oil, which will contain all the phytocannabinoids, as well as terpenes and flavonoids of hemp in order to benefit from the surrounding effect whose action is more intense. The oils have the advantage of being easy to use, and of having a fast action on the receptors of the SEC, by imitating the action of endocannabinoids of the body.