For several years, various research and scientific experiments have changed the popular view of the use of therapeutic cannabis, or medical cannabis. Intended for a strictly medical use, only some countries in Europe authorize it on medical prescription. In France, the Minister of Health Olivier Véran has authorized an experimentation of medical cannabis in more than 200 structures throughout the country in March 2021. 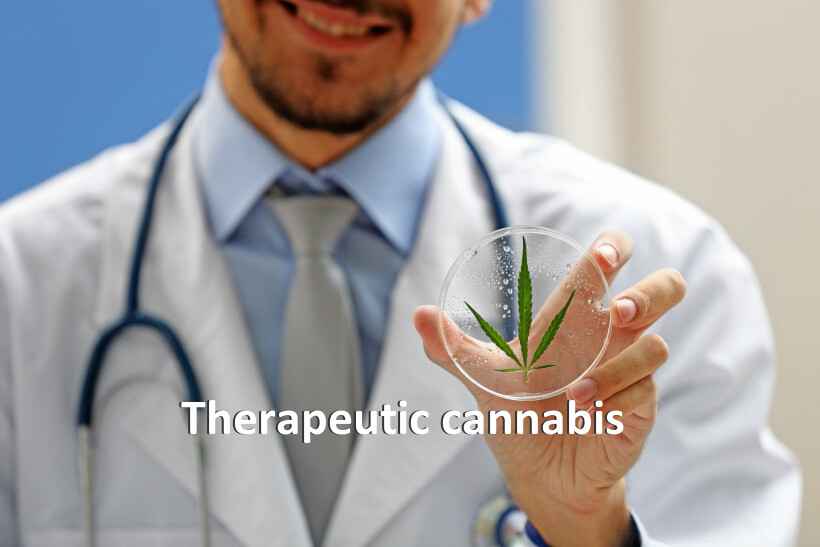 Cannabis, also called hemp, is considered to be one of the first plants domesticated by man, in the Neolithic period in Asia. Then the cultivation of cannabis will spread all over the world, accompanying migrations and travels due to migrations, wars, or commercial exchanges. The history of therapeutic cannabis itself goes back several thousand years, and the first written traces appear around 1700 BC in Egypt. Cannabis was used in the treatment of certain diseases, but also to strengthen health. The Chinese and the Indians also used cannabis in a medical context, it was thus incorporated in preparations or medicines of the time. For centuries, therapeutic cannabis was used to heal and relieve. Unfortunately, in the middle of the 20th century, the prosperous history of hemp underwent an unprecedented reversal, with the criminalization of cannabis in the United States and then in the rest of the world. It would take 75 years before the U.S. Supreme Court declared the main law criminalizing the various uses of cannabis (Controlled Substances Act of 1970) unconstitutional.The first state to open the way for the regulated use of cannabis was Colorado in 2012, with dozens of other states quickly following suit. The use of therapeutic cannabis will allow many patients to relieve ailments that the medical profession struggled to treat with more conventional drugs.

France began experimenting with medical cannabis in March 2021, for a period of 2 years. The 3,000 patients who will be able to benefit from this therapy, will have to present serious diseases, such as multiple sclerosis, epilepsy, chronic pain, etc. During the 2 years of the experimentation, the patients will have access to medical cannabis in the form of dried flowers and oil, the mode of absorption will be by inhalation. A group of 13 experts appointed by the French National Agency for the Safety of Medicines and Health Products (ANSM) will form a scientific committee in charge of monitoring this experimentation of therapeutic cannabis. During these 2 years, these experts will be able to make adjustments to the protocol according to the data that will be collected over time, if they deem it necessary. See you in March 2023 for the first conclusions on the use of medical cannabis.

Therapeutic cannabis in the world

Several of our European neighbors have finished experimenting with medical cannabis, and the conclusions that have been drawn are very much in favour of its use in certain specific cases, and under control in most cases. Thus, medical cannabis is already used in Portugal, United Kingdom, Denmark, Luxembourg and the Netherlands, but also in Germany, Greece, Lithuania and Cyprus. In the rest of the world we find of course the precursor countries in the field of medical cannabis, such as Israel and Canada, which were followed by a multitude of other countries such as 33 states of the United States, Mexico and a large part of the states of South America. Australia is also on the list. In Asia Thailand is the first country to open the way for medical cannabis in late 2018.

What is therapeutic (medical) cannabis ?

Some may be disappointed, but just as during the experimentation that is underway in France, the cannabis offered to patients will not be in the form of joints. It will probably be a medicine to be taken by inhalation, in capsule or in oil form. As you may have read in several of our articles, it would seem that the chosen route is that of the entourage effect, and not isolated CBD or THC molecules. It will probably be several years before we see cannabis-based medicines in French pharmacies, depending on the therapeutic pathways chosen at the end of this large experiment.

THC, Δ9-tetrahydrocannabinol, is a cannabinoid substance found in large quantities in cannabis flowers. THC has highly psychoactive effects, which alter certain biochemical and physiological processes in the brain. These effects can cause changes in perception, mood, and feelings, as well as alter the consumer's state of consciousness. Tetrahydrocannabinol binds to CB1 receptors in the body. It is strictly forbidden to consume, sell or produce products containing THC in France.

Cannabidiol, more commonly known as CBD, is a cannabinoid, like its cousin THC. It arouses a lot of interest as its therapeutic potential is great. It also has the advantage of not being psychoactive and of being perfectly legal. CBD is the cannabinoid with the highest concentration in industrial hemp and the second highest in recreational hemp. Since its discovery in the early 1940s, CBD has been the subject of numerous studies, more than 1,500 publications, half of which have been published in the last 10 years. This shows the growing interest of scientists in this promising substance. The results of this work have made it possible to understand the many therapeutic virtues of CBD: anxiolytic, painkiller, sleep aid, etc.