Terpenes in CBD, what exactly are they ?

In oil, in flowers, or in gum, CBD is presented in all forms. But if it is the majority substance in the products sold in stores, it is made up of a multitude of other compounds which have an importance, and not the least. Come discover with us the wonderful world of terpenes, a world where taste, smell and flavor are mixed. 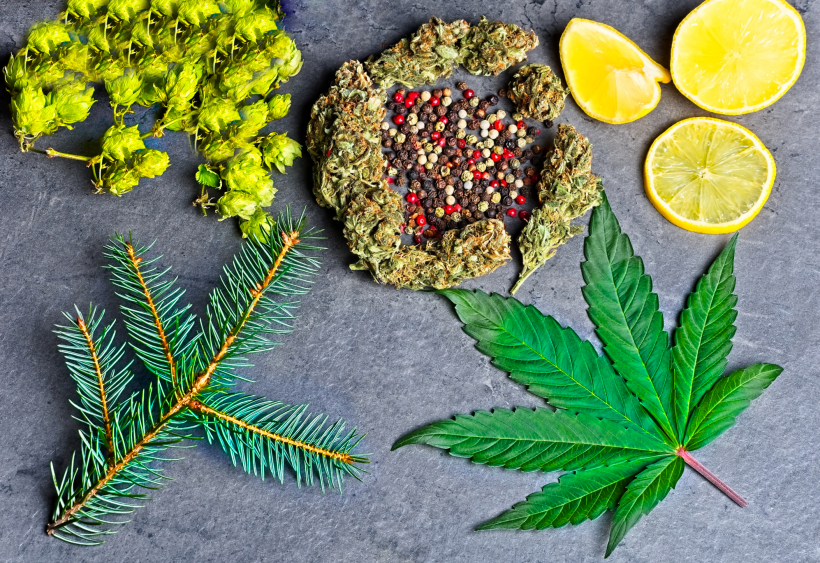 Terpenes are aromatic substances produced by plants. Today, there are more than two hundred of them. Terpenes are the source of odors and flavors. You have probably already smelled lavender flowers, a sprig of rosemary, or a bouquet of roses? The sweet scent you breathed in is the work of terpenes, which have a variety of nuances that can range from the smell of wet earth after rain, to the more delicate citrus flavor.

Terpenes, in addition to being pleasant to the nose, participate in the protection of the plant against predators and infectious agents. But that's not all as they also have potential therapeutic properties.

Terpenes, like cannabinoids in hemp (Cannabis Sativa), are found in small sacs in the flowers called trichomes. Each variety of Cannabis has a different profile in its terpene composition. Cannabis is a botanical genus grouping 3 sub-families of plants:

The profile of Cannabis which interests us is thus that of Cannabis Sativa, more commonly called industrial hemp, in which the most present terpenes are the myrcene, the terpinolene, the caryophyllene, the pinene, the limonene and the linalol. Some terpenes have been shown to have an effect on substances manufactured by the human body, involved in neurotransmission such as serotonin (involved in emotions and pain), GABA (involved in addiction and anxiety), or norepinephrine (involved in blood pressure, heart rate, and alertness).

It is the terpene that is found in the majority of CBD products, and therefore in cannabis. It is also present in other plants, such as hops, celery leaves and lemongrass. The myrcene would have effects :

It has an aroma that pleasantly mixes bread and citrus fruits, and would have a potential :

It is a terpene with a slightly peppery taste, produced by hemp to repel predatory insects. This terpene is also found in other plants, such as pepper and cloves. Caryophyllene is said to have potential :

Pinene is the most abundant terpene in nature. It is found in abundance in the resin of thorny trees and other conifers, as well as in other plants such as camphor and mugwort. Pinene has the potential to be :

Limonene is the second most common terpene in hemp after myrcene. It is also found in citrus fruits, herbs such as rosemary, peppermint, and many spices. It plays a protective role for the plant that produces it, to repel predatory insects that could harm it. It has effects :

Linalool is a terpene that everyone will recognize because it is responsible for the pleasant scent of Provencal lavender. When isolated, linalool can be used in cosmetic or cleaning products. Scientific research on this terpene has shown that it has the following effects : 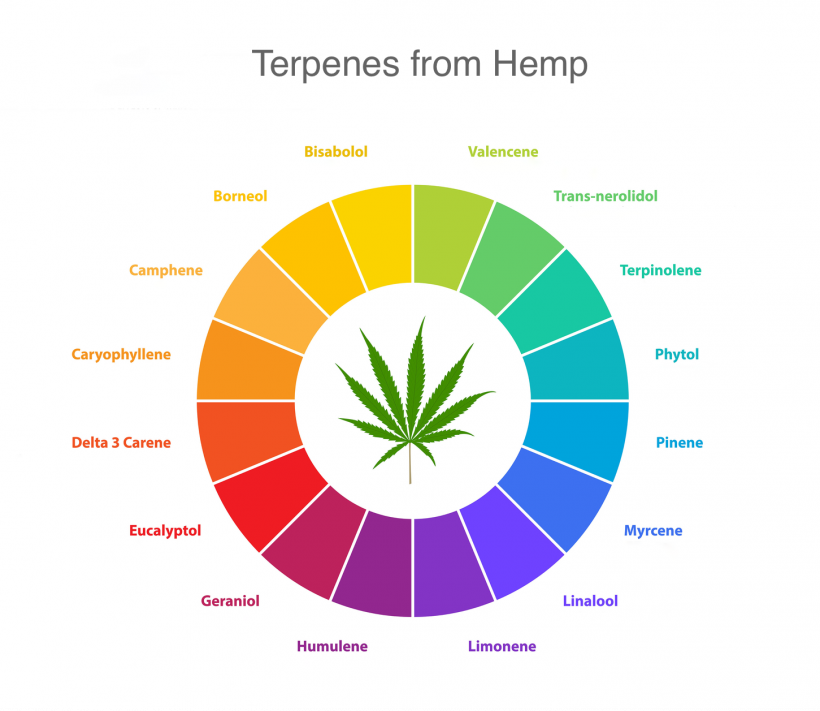 Scientists believe that the terpenes present in hemp (Cannabis Sativa) enhance the effects of cannabinoids, including CBD. This action, called entourage effect, is well known in herbal medicine. Thus the globality of the plant, the totum, would be at the origin of the optimal therapeutic effects felt by the consumer. These benefits would be due to the interactions between the properties of the different substances present in the plant. This is why we recommend you to always consume products called "broad spectrum", which contain CBD, and all the other cannabinoids (except THC), as well as all the terpenes and flavonoids naturally present in hemp.

Be careful! Buying a broad-spectrum CBD product is not everything. Indeed, terpenes are very sensitive to heat. Thus the method of extraction of CBD from hemp must attract your attention.

The methods of extraction of CBD, and other components ?

CBD, as well as terpenes, are found in the small sacs called trichomes, found in the flowers, and adjacent leaves. Several extraction methods have been developed with varying degrees of success and cost. Depending on the method used, the quality of the CBD and terpenes can be greatly altered.

How to choose your CBD oil ?

You now know how to choose a CBD oil with a broad spectrum, having benefited from the best extraction method that will have preserved the terpenes. But what are the other important criteria for choosing the CBD oil that will give you the best benefits ? 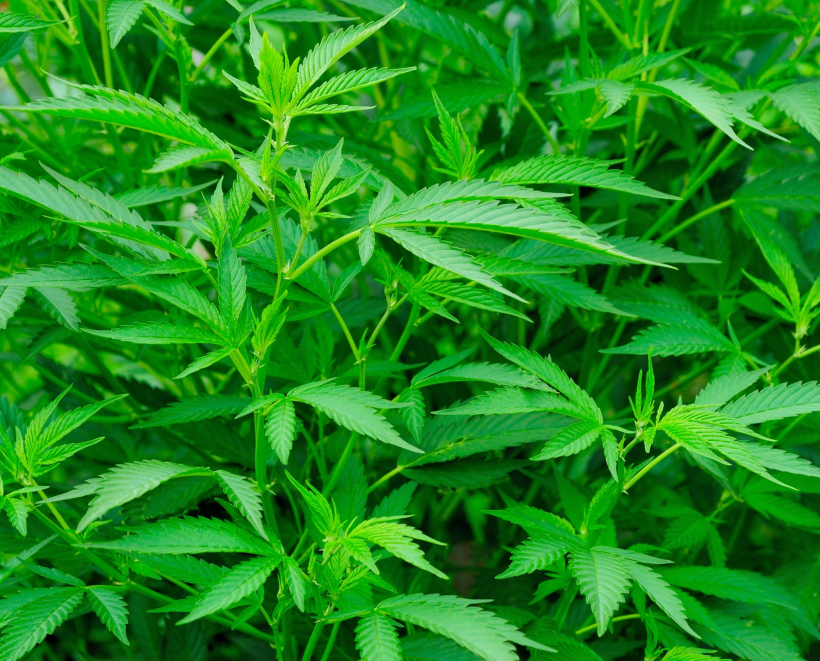