What are the differences between CBD and THC ?

CBD and THC may be terms you've heard of before. And as always with some acronyms, it's sometimes hard to remember what they really mean, even if you have a vague idea. After reading this article, you won't be able to get confused! We will explain in a simple and clear way what CBD (cannabidiol) and THC (tetrahydrocannabinol) are, what their effects on health are, and what their differences are. 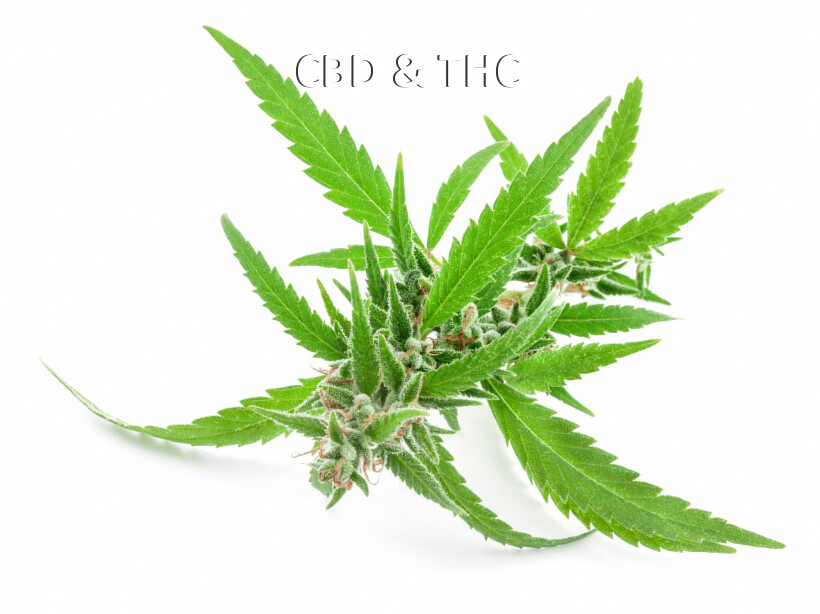 Even if it is abusively associated with cannabis resin rich in THC, consumed for its euphoric effects, cannabis, also called hemp, is above all a botanical genus that groups together 3 varieties:

The two most widely used plant varieties are industrial hemp, and Cannabis Indica. Only the culture of the variety Sativa is authorized, the rate of THC having to be lower than 0,2 % according to the regulation in force in France, and in Europe.

Short history of the discovery of cannabinoids

CBD and THC are both substances from Cannabis plants, they are called cannabinoids. These substances each have certain properties and effects that allow them to activate receptors in the body such as the nervous system, immune system, and many others. Cannabinoids were discovered in the early 1940s, thanks to the identification of CBD (cannabidiol), it would be almost 25 years before the THC molecule was revealed. It is notably to Dr. Mechoulam, a true pioneer of the medical use of cannabis, that we owe many of the great discoveries related to the use of hemp. He is also the one who discovered the endocannabinoid system (ECS), which plays such an important role in the health of humans and mammals. Since the discovery of CBD and THC, no less than a hundred cannabinoids have been discovered in the different varieties of cannabis

CBD or cannabidiol is a cannabinoid that is attracting a lot of interest because of its great therapeutic potential. It also has the advantage of not being psychoactive. CBD is the cannabinoid with the highest concentration in industrial hemp and the second highest in recreational hemp. Since the year of its discovery, cannabidiol has been the subject of numerous studies, more than 1500 publications, half of them in the last 10 years. This shows the growing interest of the scientific world for this substance full of future. The results of these researches have made it possible to discover the numerous therapeutic virtues of CBD: anxiolytic, painkiller, and antioxidant, etc. You want to stay healthy and enjoy an optimal comfort of life. It is in your best interest to make CBD your ally, since we all have an endocannabinoid system. (SEC)

THC, Δ-9-tetrahydrocannabinol, is like CBD a cannabinoid, found in large quantities in the flowers of the plant. This molecule has strong psychoactive effects, which modify certain biochemical and physiological processes in the brain. These effects will cause a modification of the perception, the mood, the feelings, but also modify the state of conscience of the consumer. Tetrahydrocannabinol binds to the CB1 receptors in the human body and a synthetic form of THC has been manufactured for the creation of drugs like Sativex.

CBD and THC, the differences :

It is important not to confuse these 2 molecules, the CBD and the THC having a very different effect. The THC is prohibited to the sale, and its consumption is punished because of its psychotropic effect. CBD is legal, its consumption and marketing are perfectly authorized.

The CBD is not psychotropic, does not make "high" unlike THC

As we have seen the differences between CBD and THC are numerous, and if there was only one to remember, it is that only CBD is legal today.

How and when to take your CBD oil ?

According to your desire and your obligations, you can take your daily CBD, in one or two takes and at a distance of the meals. For example, in the morning when you wake up, 15 minutes before your first meal, or in the evening 15 to 30 minutes before your dinner. Stir lightly your CBD oil vial, and thanks to the graduated pipette put 1 ml of oil under your tongue (0,5 ml x 2, if you take your CBD in the morning and in the evening), and let it rest 1 to 2 minutes, then swallow. It is very simple!