Depression in dogs and CBD

Depression is a disease that one might think is reserved for humans, but many studies have shown that all animals can suffer from it. Our friends the dogs are frequently affected by this disease, just like the cats. Sensitive and routine by nature, our friends like it when their lives are calm and regular. But sometimes certain life changes can produce stress and anxiety in them, which can eventually lead to canine depression. 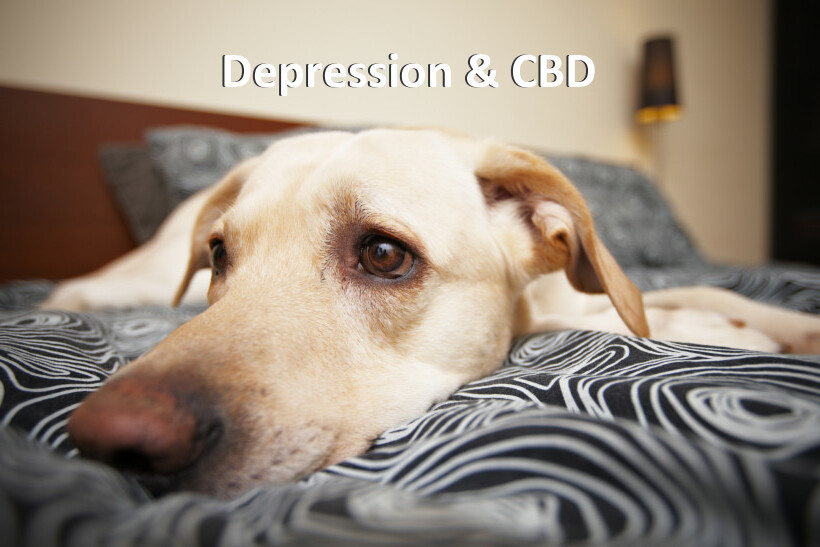 What are the symptoms of depression in dogs ?

Symptoms of depression in dogs can manifest themselves in a variety of ways, the most common of which are as follows :

Causes of depression in dogs

Have you noticed that your pet has one or more of the above symptoms and your veterinarian has just confirmed your suspicions? It is then important to determine the causes that may have contributed to your dog's condition. Here are a few clues :

How can you help your pet overcome depression ?

Now that you have determined the reason(s) that plunged your pet into this depressive state, you will be able to act more easily before the illness gets worse. For example, if boredom is the cause of the depression, plan several times during the day to play with your dog, as well as new toys, which you will change often so that your pet doesn't get tired of them. More activity will also contribute to a more restful sleep, and a quicker recovery. As part of a change of environment, place the things your dog likes in different areas of your home so that they are more welcoming to him.

How can Cannabidiol Oil (CBD) help your dog regain his joy of life ?

Cannabidiol, more commonly known as CBD, is a substance obtained from industrial hemp (Cannabis Sativa). Few people know this, but cannabis is actually a family of plants with very different virtues :

THC is a psychotropic substance, which is illegal in many countries. CBD, on the other hand, is not psychotropic, its marketing and consumption are perfectly legal. There is no THC in CBD oil, your dog will not get high. But his anxiety will decrease, in fact several studies have shown the antidepressant and anxiolytic effects of cannabidiol :