CBD and epilepsy in dogs

Epileptic seizures in dogs, also called convulsive seizures, are very impressive. We don't always know how to react when our dog has one. If for a long time the origin of these seizures was unclear, today research is providing a better understanding of this disease. 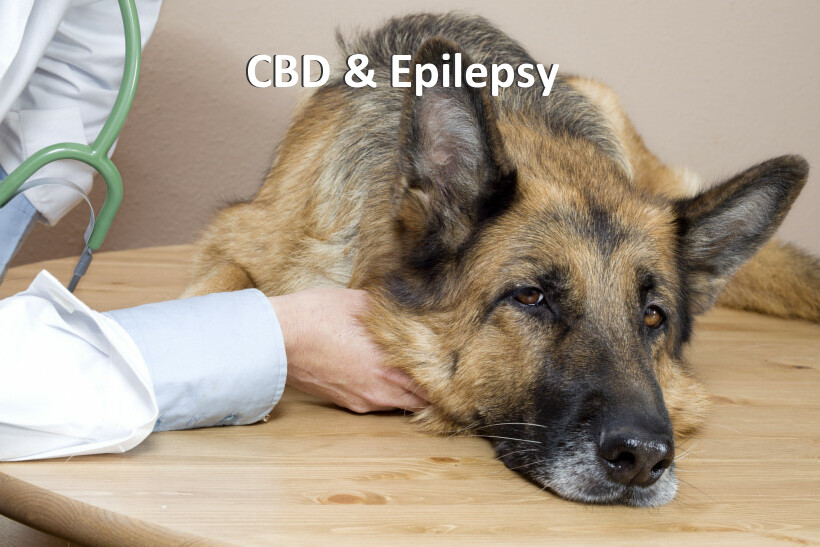 The term epilepsy means "seizure" in Latin. It shows the sudden suddenness with which seizures can occur. The seizure is always transient, lasting only a few minutes, which often seems like hours. The dog may lose consciousness, be confused, lose his gaze, make repetitive movements, etc. Epilepsy often affects the dog while he is still young, but it can also occur for the first time when he is older. A sudden and momentary electrical disturbance in the brain will trigger a seizure, which may be more or less long lasting. This electrical activity, which is too high, will then disperse to several neighboring neurons, with 2 possible consequences :

Dogs can be affected by several types of epilepsy, with different causes.

Since the attacks occur spontaneously, it is difficult to have the veterinarian with you when the dog is affected. It is therefore important to note your pet's reactions, so that you can communicate them during the office visit. The veterinarian will perform a complete clinical examination and may request blood tests and a medical imaging exam.

Epilepsy and CBD in dogs

CBD (cannabidiol), belongs to the cannabinoid family, and is derived from hemp (Cannabis Sativa). In recent years, the number of researches on cannabidiol and its effects on health has increased steadily. Unlike THC, it is not psychoactive. The consumption of CBD, in the form of oil for example, does not have the high or euphoric effects of THC. Several encouraging experiments to determine the effects of CBD in the treatment of epilepsy, in the form of hemp oil or not, have taken place. In the United States, and in several European countries, the benefits of a CBD-based treatment have shown the tremendous potential of hemp and its famous cannabinoids.