All about E-liquids with CBD

Available since 2011 in France, the electronic cigarette, or vape knows a great success among former tobacco lovers. This device produces from a liquid, a vapor that the user will inhale, as he would have done with a conventional cigarette. So smoking or vaping, what is the difference ? What is an e-liquid, and what does it contain? Is it really a good idea to add CBD ? 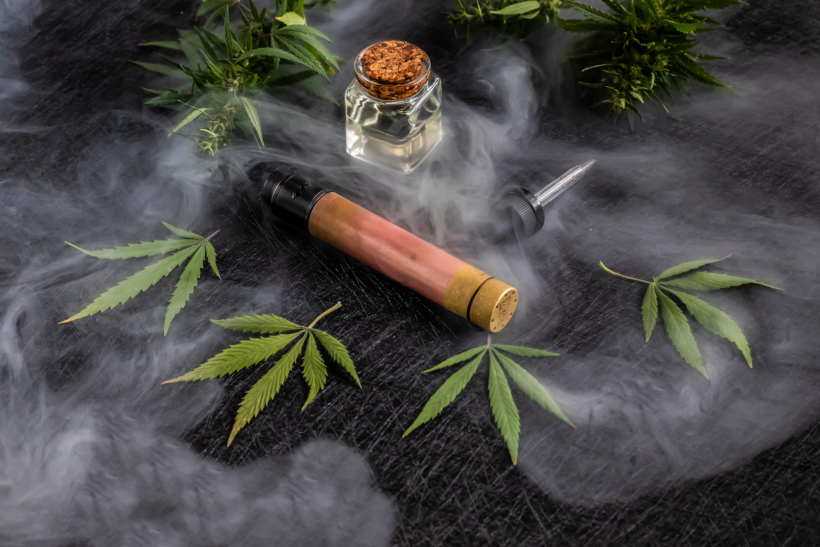 With the boom that accompanied its legalization, CBD (cannabidiol) has been adapted to different modes of consumption, oil, gum, balm and e-liquid. The world of vape, as some call it, has not escaped this phenomenon, and many e-liquids have emerged, leaving the consumer the choice of taste or flavor he prefers.

The CBD (cannabidiol), is a molecule from the hemp (Cannabis Sativa). It is part of the (numerous) family of cannabinoids, just like the famous THC (tetrahydrocannabinol). Unlike THC, CBD has no psychotropic effect, which is why it is perfectly legal today. Although it was discovered in the forties, it is only from the 90s, then more intensely from the 2000s that the scientific community became interested in its therapeutic properties. This new interest is partly due to the discovery in humans, and mammals in general, of the endocannabinoid system.

What is a vape, or electronic cigarette ?

The electronic cigarette, or e-cigarette (or vape, vapoteuse, pen, etc..), is an electronic device producing steam from a liquid heated gently. The steam produced by the device is inhaled by the user, in the same way as the smoke of a conventional tobacco cigarette. Since its arrival in France in the early 2010s, the vape has experienced a great evolution both from a technological point of view, as the variety of liquid product available to the consumer.

How does an electronic cigarette work ?

There are many models of electronic cigarette, but the operation remains essentially the same for each of them. The electronic cigarette does not work by combustion, like a traditional tobacco cigarette, but it produces vapor. So you don't smoke an e-cigarette, but you vaporize it. The vapor is produced by heating a liquid. A wick of silica fiber or cotton is in contact with the liquid that contains propylene glycol, flavors, glycerin, and sometimes nicotine. When the device is on, the resistance will heat the wick and the liquid, and steam will be released. At the same time, the vapoteur (person who vapors) sucks this steam through the mouth. 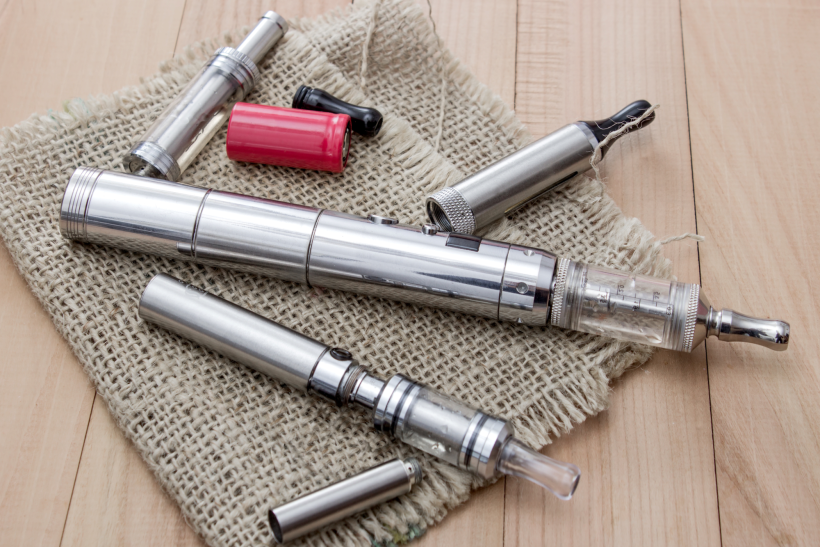 What is in the liquids ?

Here are the basic ingredients of an electronic cigarette liquid, however, be careful, because other additives can be added without being mentioned on the list of components. The current legislation extremely vague, associated with the lack of control of liquids by the authorities invites caution. It is therefore important to choose a renowned brand, and transparent.

Faced with the growing success of CBD (cannabidiol), the industry of electronic cigarettes and e-liquid did not fail to see a great opportunity to give a boost to their industry. They then developed new liquids containing CBD at varying rates. These liquids are generally offered in CBD levels ranging from 100 to 1,000 mg. The use of an e-liquid with CBD is not the same as a classic liquid. Indeed, the CBD is vapoté only a few minutes in the day, not more, because an overdose could involve effects of sleepiness. This risk is almost non-existent with other products with CBD (cannabidiol) like oils, gums or balms. It is much more difficult to quantify its consumption of CBD when it is contained in an e-liquid.

Consumers turning to CBD liquids, do so to enjoy all the benefits of it. As we saw earlier in this article, CBD is a substance found in industrial hemp (Cannabis Sativa). CBD is therefore a product of cannabis. The mention of the word cannabis, immediately brings us back to the psychotropic effects of THC, it is then important to understand that cannabis is in fact a family of plants :

Each entity of this family has different sub-varieties. One finds thus varieties of CBD to be smoked like Kush of the name of an Afghan mountain, or Haze originating in California. Both (Kush and Haze) come from the Sativa hemp.

What is the difference between THC and CBD ?

THC is one of the most famous cannabinoids. It produces psychotropic effects on several organs and body functions. It can cause euphoria, anxiety, loss of memory, or circulatory disorders. The effects of THC generally appear a few minutes after its consumption, and can last from 2 to 3 hours. The effects of THC can vary in intensity from one person to another, depending on the amount used. The WHO (World Health Organization) warns about the risks of "bad trips" and psychosis that can be caused by THC.

CBD (cannabidiol), on the other hand, has no psychotropic effects, and its consumption is perfectly legal. Studies on CBD, show that it has properties :

These many virtues explain its great popularity.

What are the other possibilities than e-liquid ?

There are obviously other products with CBD. People who do not want to, or do not like to vapoter can turn to other means of absorption :

After all this information, have you made your choice ? E-liquid, or CBD oil ?