The CBD to fight addictions

From a medical point of view, addiction is a pathology characterized by a dependence on a substance, or an activity that can cause suffering. And if to say that one is addicted to something has become part of everyday language, "I am addicted to chocolate", "He is addicted to running", "He is too addicted, did you see his consumption ? "He drinks 3 or 4 beers every day", etc. Behind this lightness of tone, there is sometimes great distress. 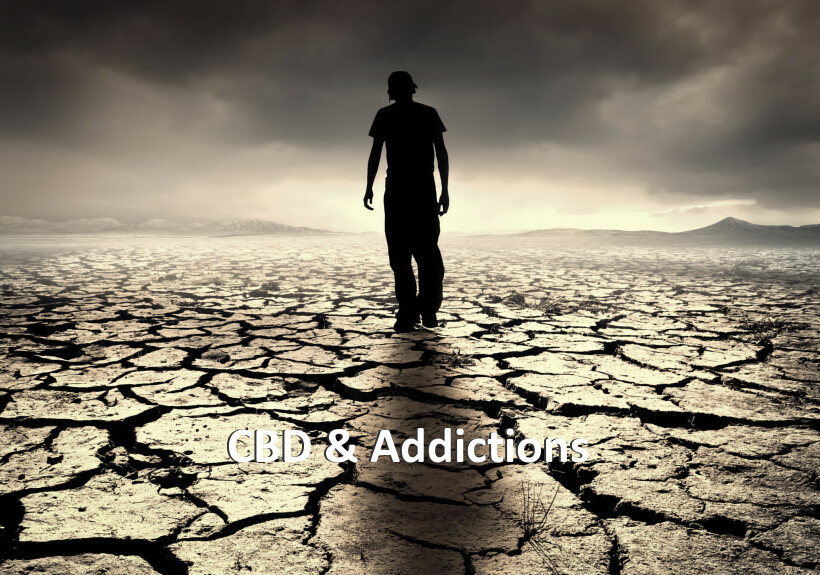 Addictions, or dependencies, can be extremely diverse, and new ones are regularly added to the already extensive list. While drugs, alcohol and tobacco are already well known substances, others have made their appearance more recently, such as addiction to video games, the Internet, shopping, gambling, sex, sports, or even work.

The consequences for people suffering from these behaviors can be dramatic (isolation, precariousness, illness, violence, suicide, etc.) Alcohol is responsible for more than 40,000 deaths a year, while tobacco takes 73,000 lives a year. 20% of mortality is thought to be attributable to addiction. Addiction to shopping or gambling plunges entire families into precariousness and sometimes violence.addiction to video games presents a danger for the youngest, falls in school results, changes in behavior, or isolation.

If you know someone with an addiction, or if you yourself are in an addiction situation, we encourage you to talk to your doctor. He or she will be able to give you the best advice to get you out of this addiction and get rid of these behaviours that are poisoning your life and your health. He or she can refer you to a doctor who specializes in the treatment of addictions such as alcohol, tobacco, or any other substance or behavior that affects your mental or physical health.

In recent years several basic research studies and some rare research on human subjects show the therapeutic potential of CBD against addiction related to opiates, cocaine and tobacco, with an improvement of withdrawal symptoms and a reduction of cravings. CBD, is even a particularly judicious choice to wean oneself from psychotropic hemp rich in THC (Cannabis Indica), because CBD counteracts the high effects of THC.

The University College of London published in 2013, the results of a study on the effects of cannabidiol in smoking cessation (nicotine). The 24 patients were divided into 2 groups. 12 participants received a placebo, the other 12 received a dose of CBD. They were asked to take CBD whenever they felt like smoking. At the end of the study, the placebo group had not reduced their smoking at all. The CBD group reduced their cigarette consumption by more than 40% simply by taking cannabidiol.

Research results published in 2012 by the Faculty of Medicine of Sao Paulo, shows that CBD inhibits withdrawal symptoms from recreational cannabis (rich in THC, very poor in CBD).

According to the conclusions of the Scripps Research Institute of La Jolla (USA) 2017, the effects of CBD have reduced the desire for cocaine in rats.

According to an animal study, the addictive effect of morphine or the desire for morphine is inhibited by CBD (KATSIDONI et al. 2013, Markos et al. 2017).

According to a 2017 study, cannabidiol (CBD) reduces the signs of alcohol dependence. (VIUDEZ-MARTINEZ et al.).

Various studies show that CBD mitigates the effects of withdrawal, making it easier to stop or taper off a substance or addictive behavior.

It is rarely easy to stop using a product or behavior on which one is dependent. However, nothing is impossible, and the benefits of getting off it can give you wings. As we have seen the therapeutic potential of CBD is vast and can, in agreement with your doctor, provide you with valuable help towards freedom.