Almost 15 years ago, one of the biggest health scandals in Europe broke out, with the discovery of numerous cases of bovine spongiform encephalopathy (BSE), more commonly known as mad cow disease, in cattle. This disease causes a degeneration of the nervous system in cows and is fatal and transmissible to humans. 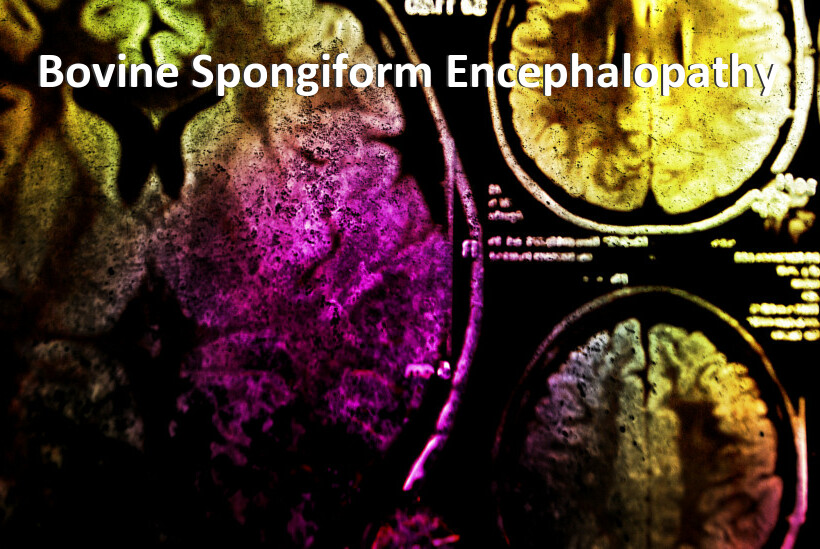 Bovine Spongiform Encephalopathy (BSE), is a disease caused by a prion (a pathogen made up of a protein), which will cause a degenerative infection of the central nervous system, leading to the death of the infected subject. The prion spreads in the brains of cattle, giving them the appearance of a Swiss cheese, and eventually destroys them. Symptoms usually appear around the fifth year after infection. The cow's behaviour changes and it becomes hypersensitive to various stimuli such as noise, touch or light. The animal isolates itself from other animals, and gradually its state of health deteriorates, with significant problems of locomotion, and finally death. The evolution of BSE varies from one week to one year, with each phase of the disease varying from one cow to another.

The origins of the disease

The origin of the disease is not really known, and several hypotheses have been put forward. However, it would appear that the epidemic is due to an interspecific transmission of a disease similar to scrapie in sheep. The spread of the virus is thought to be due to the feed offered to cattle. For years, slaughterhouse waste, carcasses of dead animals unfit for human consumption were crushed, heated and processed into meal. These flours, extremely rich in protein, were then incorporated into animal feed. Scientists believe that the prion appeared at this time, and that the flours were used as vectors to contaminate herds. As more and more animals became infected with BSE, a new disease appeared in humans, similar to Creutzfeld Jakob Disease, which had almost the same effects as BSE.

CBD is a formidable molecule coming from industrial hemp (Cannabis Sativa). Its effects on health are the subject of much research to fight various diseases. It can be consumed in the form of different products, the most well known being CBD oil.

Research from the National Center for Scientific Research in Valbonne, France, shows that CBD could prevent the development of BSE and various prion diseases. CBD prevented the accumulation of the prion in infected cells.